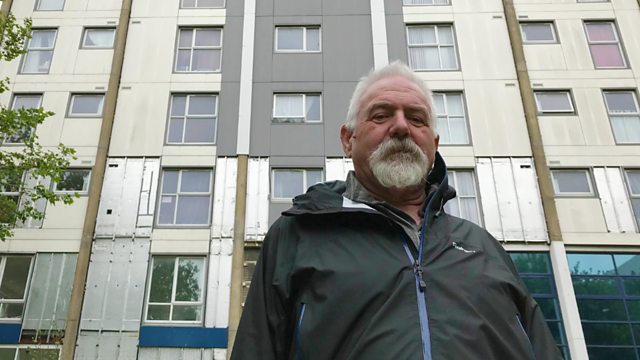 Beyond Grenfell: The Cladding Lottery

Two years after Grenfell, hospitals and families living in homes covered in a different type of cladding, one considered just as dangerous, are facing huge bills to make them safe.

Last month, the government announced a £200 million pound fund to remove and replace Grenfell style cladding on 170 privately owned tower blocks.
But there are many more high rise residential buildings covered in other types of cladding which are also flammable and not covered by the bailout.

One of the most widely used is High Pressure Laminate or HPL which is currently undergoing fire safety tests ordered by the government. Some experts say the cladding is very likely to fail the test.

File on 4 speaks to the families facing bills of more than 20 thousand pounds to remove HPL cladding and make their homes safe. They live in fear of a fire breaking out and since the hazard is no fault of their own, they believe the developers, the building owners or the Government should pay the cost of putting it right.

Public buildings, such as hospitals, are also having to pay to remove dangerous cladding. Eight hospitals had the same Aluminium Composite Material or ACM cladding as Grenfell tower. Only one has completed the work, while others are still taking it down or have closed wards while they decide how to deal with the problem.

The programme hears concerns that the disruption could have compromised patient safety.

The Right Place for Reg?

Steeling for the Future