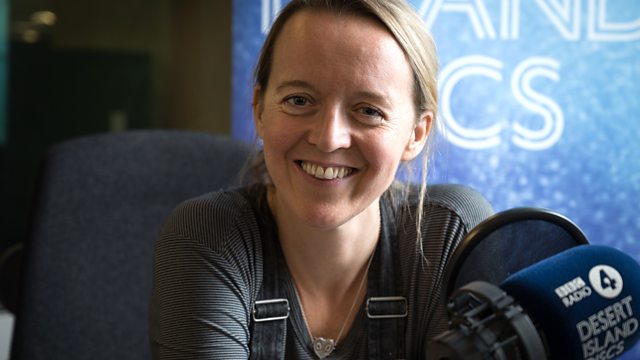 Emily Eavis, Glastonbury co-organiser, chooses the eight tracks, book and luxury she'd want with her if cast away to a desert island. With Lauren Laverne.

Emily Eavis is co-organiser of the Glastonbury Festival. Together with her husband and her father, she masterminds the booking of bands and oversees the setting up of what is the largest greenfield festival in the world. The site itself becomes the size of Oxford town centre once it’s built and rigged, and when tickets for 2019 went on sale, they sold out within 36 minutes.

Born in 1979, she was a small child when her parents, Jean and Michael, were inspired to make the Glastonbury Festival an annual event, although she wasn’t keen on the yearly invasion of the family farm. By her late teens, however, she had changed her views. She left Worthy Farm to study to be a teacher at Goldsmiths College in London but when, at the end of her first year, her mother was diagnosed with cancer, Emily left and went home to help look after her and to help her father run that year’s festival.

Emily never went back to university. Motivated by a visit to Haiti to look at Oxfam projects, she spent a few years in London putting on charity gigs, before returning home to work with her father running the festival. She married her husband, Nick Dewey, manager of The Chemical Brothers in 2009. The couple have three children and live on Worthy Farm.

BOOK CHOICE: The Shadow of the Sun by Ryszard Kapuscinski
LUXURY: Carpenter’s tool set (so she can build her own veranda)
CASTAWAY'S FAVOURITE: You’re Gonna Make Me Lonesome When You Go by Bob Dylan