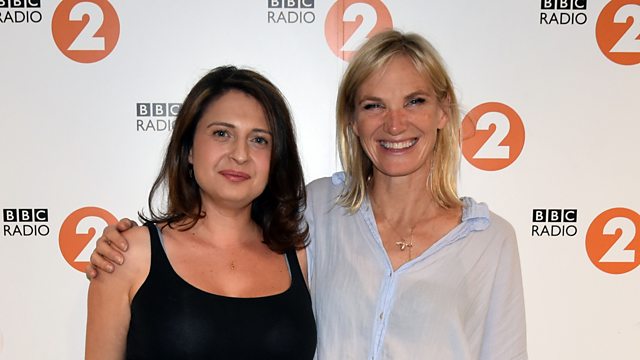 Christy Lefteri joins Jo for the latest edition of the Radio 2 Book Club, discussing her novel The Beekeeper of Aleppo. Plus there's another story of A Certain Romance.

Christy Lefteri joins Jo for the latest edition of the Radio 2 Book Club, discussing her novel The Beekeeper of Aleppo.

Nuri is a beekeeper; his wife, Afra, an artist. They live a simple life, rich in family and friends, in the beautiful Syrian city of Aleppo - until the unthinkable happens. When all they care for is destroyed by war, they are forced to escape. As Nuri and Afra travel through a broken world, they must confront not only the pain of their own unspeakable loss, but dangers that would overwhelm the bravest of souls. Above all - and perhaps this is the hardest thing they face - they must journey to find each other again.

Christy was born in London to Greek Cypriot parents who moved to the UK during the Turkish invasion. She published her first book A Watermelon, a Fish and a Bible in 2010 and is a lecturer in creative writing at Brunel University. The Beekeeper of Aleppo was born out of her time working as a volunteer at a Unicef supported refugee centre in Athens.

Jo will also have another story of a special guest's Certain Romance - about a song that reminds them of falling in or out of love. Plus Jo handpicks her favourite new music from all genres of the musical spectrum and quality vintage songs too. And whether you’re picking up or dropping off, Jo provides the soundtrack for the Taxi Service.