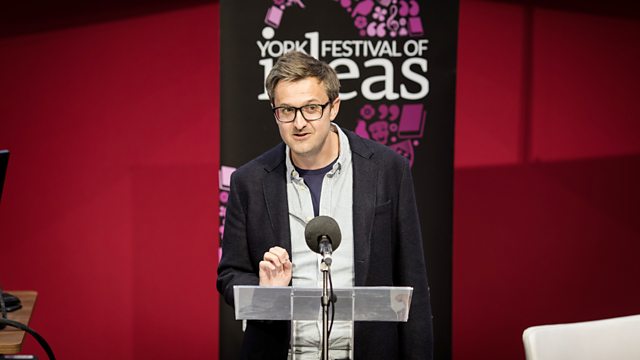 The Hard Man in the Call Centre

The Essay Masculinity
Episode 5 of 5

Glasgow's hardman - Alistair Fraser - regales an audience at York Festival of Ideas with some of the high- and low-lights of a story perhaps coming to an end.

New Generation Thinker Alistair Fraser on the fates and fortunes of Glaswegian tough guys. Recorded with an audience at the York Festival of Ideas. To hear audience questions, download the Essay as an episode of the BBC Arts&Ideas podcast.

The image of the hard man runs like an electric current through Glasgow's history. Unafraid, unabashed, with outlaw swagger, he stalks the pages of countless crime novels and TV dramas. The unpredictable tough guy, schooled in both fist and knife, a symbol of the city's industrial past. But what does being a hard man mean in the Glasgow of today, now call-centre capital of Europe? And what lessons can be drawn from his changing fates and fortunes to understand masculinity and violence elsewhere?

Alistair Fraser is Senior Lecturer in Criminology at the Scottish Centre for Crime and Justice Research, University of Glasgow and a BBC/AHRC New Generation Thinker. He has spent the last fifteen years studying youth gangs and street culture around the world, and is author of two academic books, Urban Legends: Gang Identity in the Post-Industrial City (2015, Oxford University Press), and Gangs & Crime: Critical Alternatives (2017, Sage). He makes regular contributions to public debate on gangs and youth violence, and has appeared on BBC Radio 3 and 4 on Thinking Allowed, More or Less, and Free Thinking.

'Bedford, do you call this thing a coat?' The history of the three-piece suit—Masculinity