BBC Four
I Can Go for That: The Smooth World of Yacht Rock
Main content 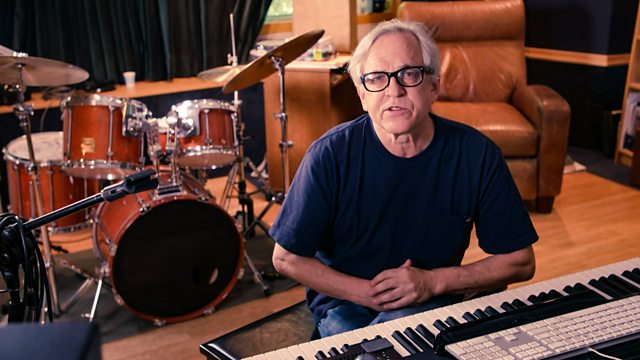 I Can Go for That: The Smooth World of Yacht Rock Series 1
Episode 2 of 2

Katie Puckrik explores the progress of Yacht Rock in the 1980s and how its protagonists, including Hall & Oates, Toto and George Benson, adapted its sounds to the changing times in popular music.

Katie Puckrik concludes her voyage through a golden era of Los Angeles studio crafted sounds. In this episode she charts the progress of Yacht Rock through the 1980s, when it became the soundtrack to America in the Reagan era, and when artists like Toto, Hall & Oates and George Benson created a technicolour second wave of a super smooth sound.

In its day, this music was not identified as a genre, but in the 21st century, in a nod to its finely crafted nature, it has come to be known as Yacht Rock. In the MTV 80s, the bearded sensitivity that had defined the Yacht sound in the previous decade was out and, instead, bigger sounds with bombastic videos were in. Hall & Oates stepped up to the challenges of the video age with hits such as I Can’t Go For That and Private Eyes.

The gleaming Yacht sound was, in part, always defined by a group of LA-based session players and composers who worked across a range of Yacht bands, informing their specific tone and level of musicianship. Yacht session supremos Jay Graydon and Steve Porcaro reveal how they worked with George Benson, making a surprising addition to the Yacht cannon with Turn Your Love Around.
Meanwhile, Porcaro joined other LA session players to form Toto whose tracks Rosanna and Africa were two mega-hits of the early 80s. Toto’s Steve Lukather and Steve Porcaro also reveal how they even brought a little Yacht magic to the biggest-selling album in history, Michael Jackson’s Thriller, when the latter wrote the song Human Nature for the album.

Meanwhile, actor and writer JD Ryznar takes credit for inventing the Yacht badge, when he penned a satirical online drama referencing the key protagonists of Yacht. This affectionate spoof contributed to a revival of interest and enthusiasm for these mainstream sounds in the digital era and Katy’s reappraisal puts the brilliance of this group of musicians firmly back in the spotlight. Other contributors include Robbie Dupree and John Oates.

See all episodes from I Can Go for That: The Smooth World of Yacht Rock