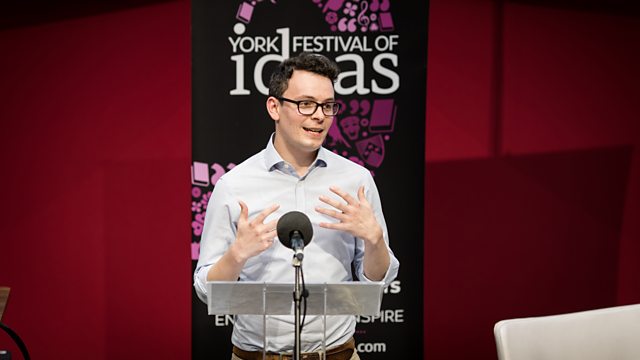 The Essay Masculinity
Episode 3 of 5

The East German army had a reputation for unbending masculinity so it's surprising how central queerness was to the enterprise.

Queerness might not be the most obvious association with soldiering, but New Generation Thinker Tom Smith's Essay argues that although the East German army had a reputation for unbending masculinity, it's surprising how central queerness was to the enterprise. Recorded with an audience at the York Festival of Ideas.

Brutality along the Berlin Wall, monumental Soviet-style parades, rows of saluting soldiers: these are the familiar images of the East German military. Army training promoted toughness, endurance and self-control and forced its soldiers into itchy, shapeless uniforms. Delve deeper, though, and you find countless examples of the army’s fascination with homosexuality. Even more unexpectedly, gay and bisexual soldiers found ways of expressing desires and intimacy. LGBT people have long faced discrimination and violence in arenas aimed at the promotion of traditional masculinity, but look closely and we discover that queerness has not always been as marginalised as we’d think. What can East Germany teach us about masculinity in the twenty-first century?

Tom Smith is Lecturer in German at the University of St Andrews researching gender and sexuality in German culture and a BBC/AHRC New Generation Thinker on the scheme that selects 10 academics each year to turn their research into radio. He has published on sexuality and masculinity in literature, film and television since the 1960s. His book on masculinity in the East German army is out in 2020. His current project explores the emotional worlds of Berlin’s music scene today.

Sword to Pen: Redcoat and the Rise of the Military Memoir—Masculinity

'Bedford, do you call this thing a coat?' The History of the Three-Piece Suit—Masculinity