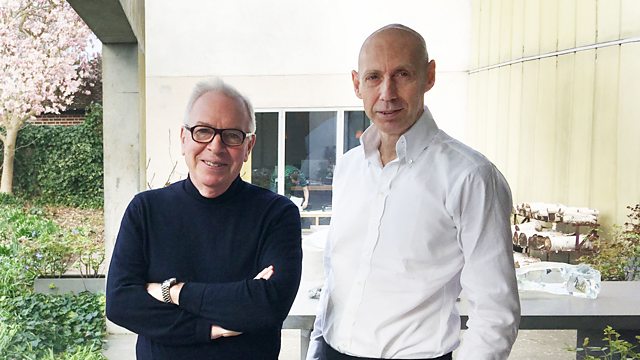 Over the last 30 years, Nick Knight has worked with many of the biggest names in fashion and music, including Alexander McQueen, Lady Gaga and Kanye West. Other commissions include a 90th birthday portrait of Her Majesty the Queen.

Sir David Chipperfield has created prize-winning buildings around the world. In Britain, his most notable works include the River and Rowing Museum in Henley, the Hepworth Wakefield gallery, and the Turner Contemporary gallery in Margate. One of his earliest commissions was a house for Nick Knight – where they met for this conversation.