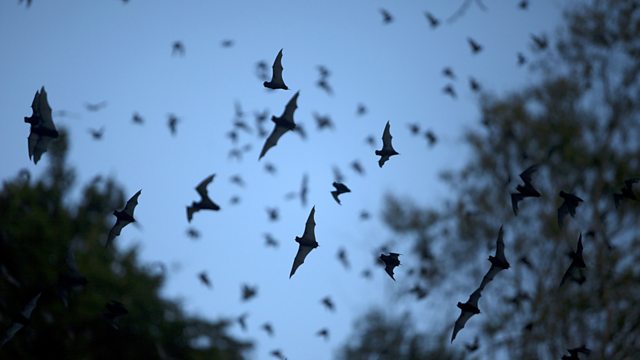 Josie Long presents stories about the natural world, from singing with whales to the ballad of a rare bird. From 2019.

Singing with whales, a cloud of bats and the ballad of a rare bird. Josie Long presents short documentaries and adventures in sound about the natural world.

Bats in the Attic
Produced by Jessie Lawson

The Lord God Bird
Originally broadcast in 2005
Produced by Dan Collison and Elizabeth Meister of Long Haul Productions
The song - Great God Bird - was written and performed by Sufjan Stevens
To listen to the song in its entirety and to hear more Long Haul stories, go to www.longhaulpro.org