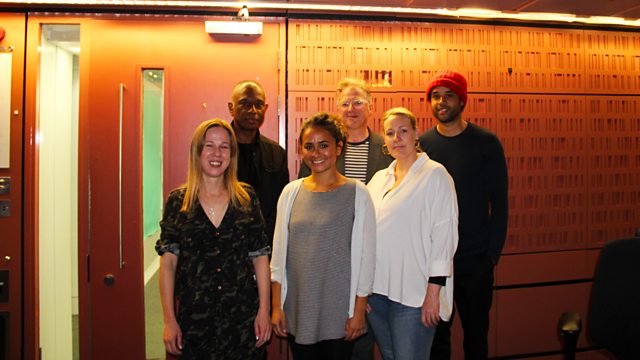 Johny Pitts is one of the team behind https://afropean.com/ an online multimedia, multidisciplinary journal exploring the social, cultural and aesthetic interplay of black and European cultures. He runs this with Nat Illumine. Johny Pitts has just published a book Afropean: Notes from Black Europe
Caryl Phillips' most recent novel A View of the Empire at Sunset is inspired by the travels of the writer Jean Rhys who moved from Dominica to Edwardian England and 1920s Paris and his first play Strange Fruit (1980) is being re-staged at the Bush Theatre in London until July 27th 2019.
Mari by Georgia Parris is at selected cinemas from June 21st 2019.

New Generation Thinkers is a scheme run by the BBC and the AHRC to select ten academics each year who can turn their research into radio. You can hear more from the 2019 Thinkers in this launch programme https://www.bbc.co.uk/programmes/m0004dsv
Dina Rezk teaches at the University of Reading.