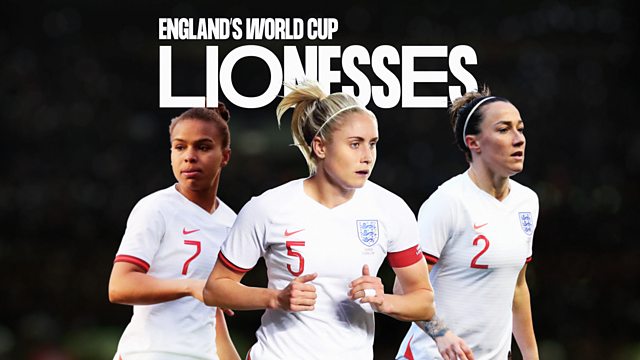 Alex Scott follows England's women's football squad over nine months as they prepare for the 2019 World Cup in France.

England's Lionesses qualified for the World Cup last August and BBC Sport's cameras have exclusively followed the squad in their preparations for this summer’s finals. Throughout these nine months our cameras have captured the squad's raw emotions, such as when they lifted their first trophy, the SheBelieves Cup.

This film is an opportunity to know what life is like for the Lionesses ahead of the tournament and to hear more about their inspirational backstories. Lucy Bronze explains about living in France at one of the world's top clubs, Olympique Lyonnaise. Karen Carney relives her horrific experience at the hands of social media trolls, while Millie Bright revisits her old school to meet the pupils there. Jill Scott returns to her hometown of Sunderland, and the cameras follow head coach Phil Neville to the World Cup draw in Paris. We also see how he copes with the challenges of selecting the final 23 who will go to France whilst instilling a genuine belief that England can win the World Cup. The cameras are also rolling for a never-before-seen moment: the day that Leah Williamson finds out if she has made the World Cup squad.

Steering us through this emotional and inspiring documentary is former Lioness Alex Scott.