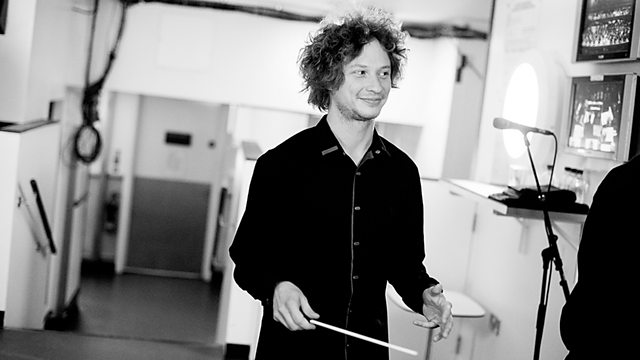 'Classical music is at its most vibrant and vital when it’s in touch with the common language', says John Adams, America's foremost living composer.

It's a sentiment that neatly fits all the music in this concert of 20th-Century classics where dancing rhythms joyfully propel an endless succession of memorable tunes. Stravinsky's Petrushka began life as the second of his three great pre-WWI Paris ballets. But with its masterful orchestration and folk-inspired melodies it needs no stage action to conjure up the vivid Russian fairground setting of its puppet love-triangle. In his Violin Concerto from a couple of decades later, Stravinsky once again shows his absolute mastery of the orchestra, as soloist and ensemble continuously intertwine and separate over the course of its four often playful and always tuneful movements.

First on the bill, one of John Adams's most popular concert pieces, his 1986 The Chairman Dances, a foxtrot to which Madame and Chairman Mao dance and make love. The Philharmonia is joined by two Finns who are among the 21st-century's most exciting performers. Pekka Kuusisto is one of today's most surprising and engaging violinists (at 2016's BBC Proms he had a packed Royal Albert Hall singing along with his encore) and 33-year-old Santtu-Matias Rouvali's varied musical CV includes rock drummer and, just announced, Principal Conductor of the Philharmonia from 2021.

Recorded last week at the Royal Festival Hall and presented by Andrew McGregor.

See all recipes from They got rhythm!