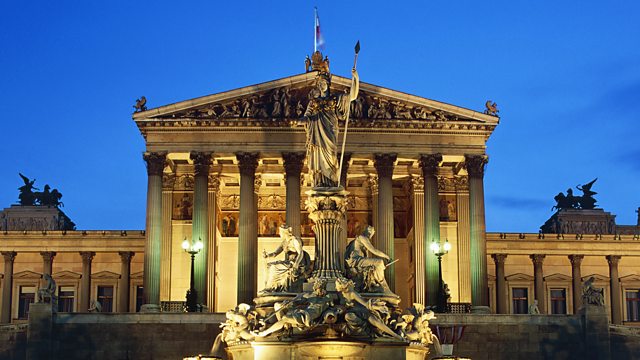 Austria has sworn in its first female chancellor to head a caretaker government. Bethany Bell reports on Austria's political turmoil.

Austria has sworn in its first female chancellor. But Brigitte Bierlein is unlikely to be there for long. She heads a caretaker government appointed because the previous Chancellor, Sebastian Kurz, lost a confidence vote after his far-right coalition partner became embroiled in a political corruption scandal. Bethany Bell reports from Vienna on the current political turmoil. As fighting continues in Syria's Idlib province, author Diana Darke who knows Syria well, has been to the Korean Peninsular and discovers how close the ties are between Syria's president, Bashar al_Assad, and North Korea's leader, Kim Jong Un. Chris Haslam meets the Nicaraguan university rector with a price on his head - but it's not enough for his would-be assassin. Sarah Rainsford saw both sides of Baku, the capital of Azerbaijan, when the football fans were in town. And in Ireland, thousands of visitors flock to towns and villages every summer as the music festival season gets underway. Kieran Cooke goes along too and reflects on how the country has held onto its traditions of music and dance.