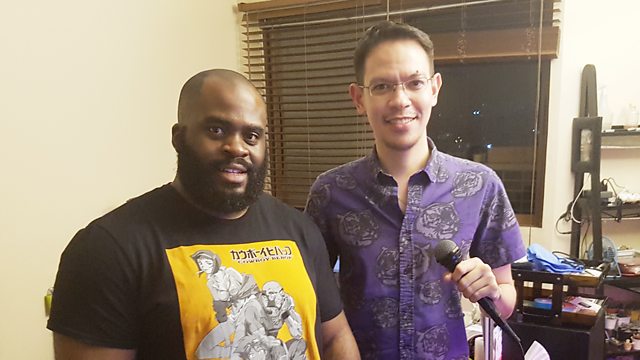 Comedian and music obsessive Gabriel Ebulue investigates a karaoke curse in the Philippines, where performances of Frank Sinatra’s My Way have been linked to multiple murders.

In recent years, performances of the song in karaoke bars and videoke joints have reportedly caused outbreaks of violence and the murders of multiple people. Local newspapers have dubbed these fatal disputes The My Way Killings, prompting a ban on the song in certain areas.

Is it possible that a song can be cursed and deadly? Why does music evoke such rage and passion? How did karaoke become the national pastime in the Philippines? And why, fifty years after it was written, is My Way still a favourite for powerful world leaders such as Vladimir Putin and Donald Trump?

Gabriel travels to Manila, karaoke capital of the world, as he answers these questions and peeks behind the (final) curtain of karaoke culture.