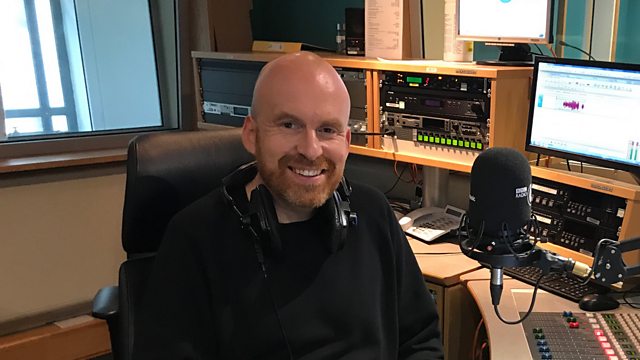 Author and journalist Matt Haig on the music that soundtracks his life and writing.

Author and journalist Matt Haig on the music that soundtracks his life and writing.

Matt Haig’s latest book ‘Evie and the Animals’ contains magical powers, a small boy falling into a lion pit and an important lesson on why you should always be yourself. It follows on from his guide to surviving in the modern world, ‘Notes On A Nervous Planet’.

Previously, Matt Haig has published a memoir, ‘Reasons to Stay Alive’, which was a number one bestseller, the children’s book ‘A Boy Called Christmas’ which is being made into a film, and other titles which have scored him the Smarties Gold Medal, the Blue Peter Book of the Year and three nominations for the Carnegie Medal. He has sold over a million books in the UK and his work has been translated into over forty languages.

In this show, you can expect tunes from The Beach Boys, Frank Ocean and Joni Mitchell, plus words on the power of music and literature to change lives in 2019.