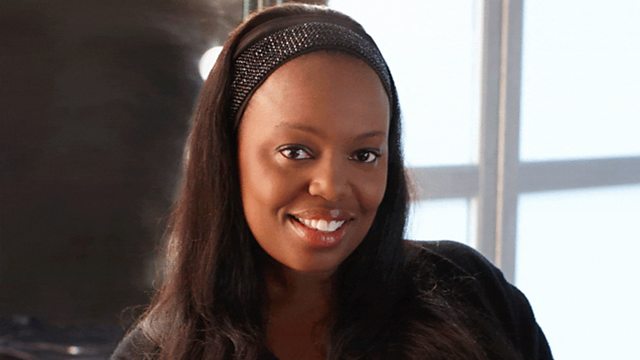 Pat McGrath, make-up artist, chooses the eight tracks, book and luxury she would want with her if cast away to a desert island. Presented by Lauren Laverne.

Pat McGrath is a renowned make-up artist. She works with the world’s top designers, photographers, editors and models, creating images for the pages of the world’s most glamorous magazines. She and her team also work at the most high-profile catwalk shows in Milan, London, New York and Paris.

She born and brought up in Northampton by her mother, who had a passion for fashion and make-up, which she passed onto Pat. In the mid-1980s, as an art student, Pat was captivated by the London club scene – the Blitz club, Boy George, and Spandau Ballet. By day she took on a number of casual jobs, but her interest in make-up continued and her break came when she was asked to do the make-up for Caron Wheeler, a member of the band, Soul II Soul, on a tour of Japan. Her career took off and within just a few years she was working with John Galliano, Alexander McQueen, Dolce and Gabana, Louis Vuitton, Givenchy, Prada, Lanvin, Calvin Klein and Balenciaga.

In addition to her work at the fashion shows and photographic shoots, in 2004 she became the global creative-design director for Procter and Gamble, where she was in charge of Max Factor and Cover Girl cosmetics. She was awarded an MBE for her services to the fashion and beauty industry in 2013 and in 2015 she launched her own cosmetics brand – Pat McGrath Labs. In 2017 she became beauty editor at large at British Vogue and won the Isabella Blow Award for Fashion Creator at the Fashion Awards.