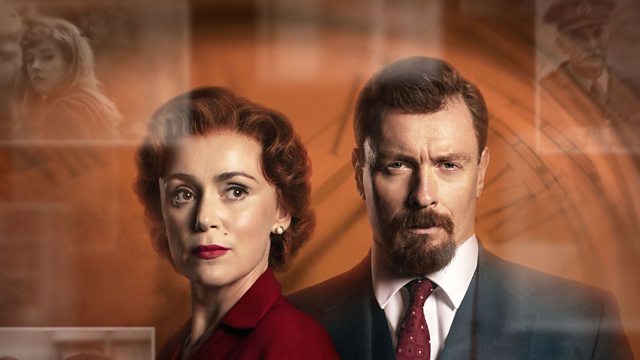 Stephen Poliakoff on his new TV series, Summer of Rockets; and Selina Thompson on her play salt, which charts her journey across the Atlantic to retrace one of the slave routes.

Stephen Poliakoff talks about his new BBC Two drama Summer of Rockets. The story of Russian immigrant and inventor Samuel Petrukhin's attempts to induct his family into English high society against the backdrop of the Cold War, stars Toby Stephens, Keeley Hawes and Timothy Spall and is Poliakoff's most autobiographical work yet.

The first time Selina Thompson used her adult passport it was to get on a cargo ship from Belgium to Ghana. She was 25 and beginning a journey that retraced the route of the Transatlantic Slave Triangle. The resulting piece, salt., won plaudits at the Edinburgh Festival and is now at the Royal Court Theatre. She talks about the impact of the piece and why she’s now handed the piece over to actor Rochelle Rose.

More news from the Cannes Film Festival, including the premieres of Quentin Tarantino’s Once Upon a Time in Hollywood, starring Brad Pitt and Leonardo DiCaprio, and Asif Kapadia's documentary Diego Maradona. With film critic Jason Solomons.

Image to the left: Stephen Poliakoff

Quentin Tarantino's Once Upon a Time in Hollywood opens in UK cinemas in August 2019.

Image: Brad Pitt (Left) as Cliff Booth and Leonardo DiCaprio as Rick Dalton in  Once Upon a Time in Hollywood.

Salt. by Selina Thompson is at the Theatre Upstairs at the Royal Court Theatre, London.