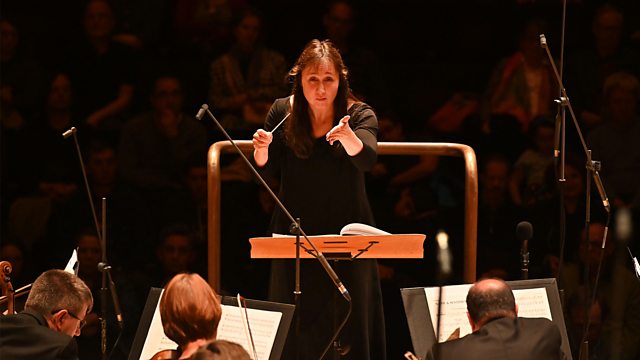 Recorded at the Barbican on 11th May
Presented by Martin Handley

Joana Carneiro, Principal Conductor of the Orquestra Sinfonica Portuguesa, makes her debut with the BBC Symphony Orchestra in a programme of 21st-century works that take inspiration from classical greats. At its heart is John Adams’s Bruckner and Busoni-inspired Naïve and Sentimental Music. A symphony by any other name, this large-scale work delights in the slow-build and shift of patterns and pulses – Minimalism at its most maximal. Bach and the sounds of Latin America are the influences behind Golijov’s choral cantata Oceana, which marks the BBCSO debut of genre-bending chanteuse Nora Fischer and features the BBC Symphony Chorus in this UK premiere . And the evening sets off with another UK premiere - American composer Augusta Read Thomas's Radiant Circles, which starts with a star-like flicker and finishes with a flourishing fanfare.

See all recipes from Naive and Sentimental Music