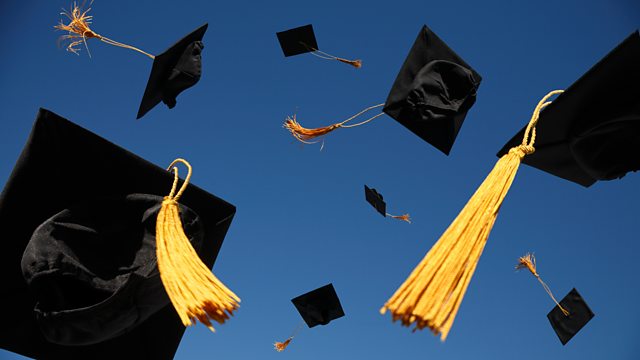 The University of the Air

As the Open University enters its 50th year, former Prime Minister and OU tutor, Gordon Brown, tells the remarkable story from the battle for its birth to the current crisis.

Gordon Brown was one of the first tutors for the Open University. As the OU enters its 50th and perhaps most critical year, he tells the remarkable story from the battle for its birth to the current crisis.

The brainchild of Harold Wilson, brought into being by the passionate efforts of Jennie Lee, the OU was founded on the revolutionary principal of open access for all, with no previous qualifications required.

Since it was founded more than 2 million students have passed through its decidedly open doors. With over 170,000 current students, it's the biggest university in the UK and one of the largest in the world. Until recently it consistently ranked high for student satisfaction. Though it’s perhaps best known as a classically 1970s institution, evoking memories of early mornings perched in front of the television, the OU seemingly passed into the digital age with quiet aplomb, yet the increased competition from MOOC providers, a recent fall in student numbers and leadership crisis put into question the future of the OU.

The New Philosophers and the Death of the Interview

A Saga of Trying (and Failing) to Save the Planet