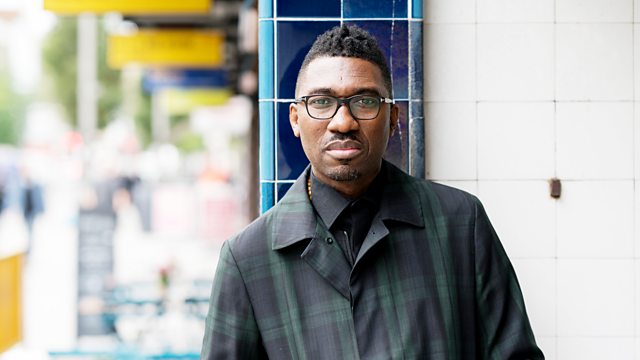 Richard and Aasmah are joined by Kwame Kwei-Armah OBE, who began pursuing a pop career but drama took over with TV and theatre roles. As a writer, his first play won an award and his second transferred to the West End, he’s curated a World Festival of Black Arts and had an artistic directorship in Baltimore. Now he has been appointed Artistic Director of the Young Vic theatre in London.
Caroline Crampton grew up sailing with her family at every opportunity, but it's only since a recent trip to sail down the Thames Estuary with her family that she got to really love it.
Candice Brathwaite is a parenting blogger, Influencer and founder of Make Motherhood Diverse – an online initiative that aims to encourage a more accurately representative and diverse depiction of motherhood in the media.
Edd China, mechanic on TV's Wheeler Dealers and the creator of numerous obscure vehicles including a road legal sofa. He has set Guinness World Records for the fastest furniture, shed, bathroom and bed, largest motorised shopping trolley and fastest electric amphibious vehicle and electric ice cream van.
And as well as your thank yous, we have the Inheritance Tracks of Francis Rossi of Status Quo. He chooses the Everley Brothers’ Cathy’s Clown, and In the Army now by Bolland and Bolland.