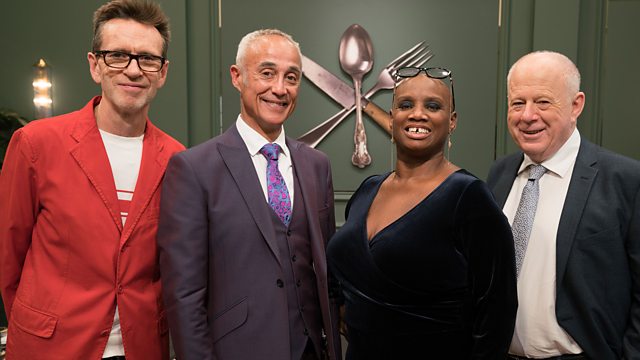 The regional champions compete to get their main courses onto the menu of the banquet at Abbey Road Studios. They are cooking for guest judge, former Wham! star Andrew Ridgeley.

It is the national finals of the Great British Menu and the eight regional champions compete to get their main courses onto the final menu of the banquet at Abbey Road Studios. They are cooking for the judges food critic Mathew Fort, cook and broadcaster Andi Oliver and restaurateur Oliver Peyton, as well as guest judge, former Wham! star Andrew Ridgeley.

As ever, the judges are looking for dishes laced with star quality and a good sprinkling of rock and roll wow factor worth of a banquet full of the music industry’s finest. The main course is the course all the chefs want to win so they will all be bringing their A-game today to try and secure the third place on the banquet menu. With inventive dishes drawing inspiration from British music ranging from Sting to Ozzie Osbourne, the competition is fierce and the stakes are high as the heat is turned up in the kitchen. Only one dish will be awarded a place on the banquet menu – which one will it be? 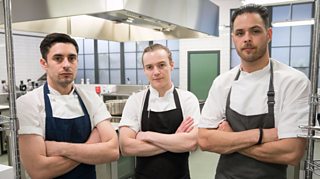