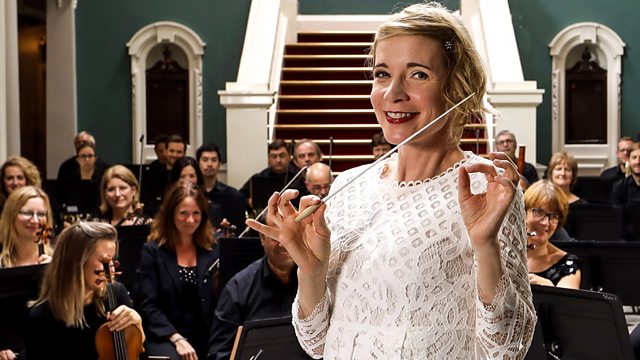 To celebrate Queen Victoria’s 200th birthday, Dr Lucy Worsley explores the character and legacy of the famous monarch in a way that has never been attempted before – through music.

To celebrate Queen Victoria’s 200th birthday, historian Dr Lucy Worsley explores the character and legacy of the famous monarch in a way that has never been attempted before – through music. Lucy reveals how Victoria used music to transform the monarchy from a political power into a benevolent cultural force that brought the country together during a time of great upheaval and change. Lucy also examines the central role music played in Victoria’s own life - as a queen, a private person and in her marriage to Prince Albert.

Victoria and Albert also took an active role in reshaping the musical culture of Britain by establishing institutions like the Royal College of Music and the Royal Albert Hall. Together they laid the groundwork for a musical renaissance in Britain which saw a new generation of great British composers reshape the sound of Britain in the 20th century. To bring the story of Britain’s great musical revolution to life there are performances from Sir Willard White, the BBC Symphony Orchestra, Black Dyke Brass Band and many more.

See all clips from Queen Victoria: My Musical Britain (2)