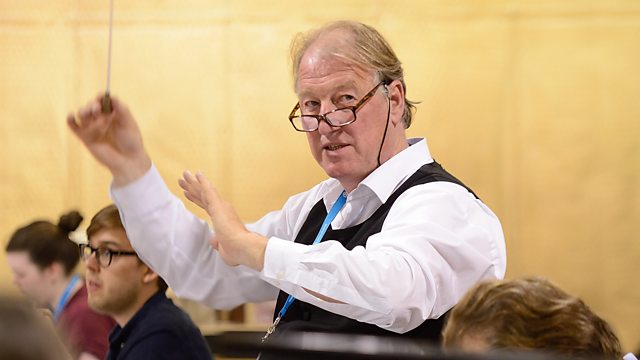 The BBC National Orchestra of Wales under the baton of Jac van Steen perform in a concert which culminates in Mozart's 40th Symphony, the penultimate symphony that he wrote. They start with Beethoven's Coriolan overture, which was written for Heinrich Joseph von Collin's play of the same name, and depicts the tragic state of the antihero of the title, with little of the optimism usually present in Beethoven's heroic works. The Orchestra will then be joined by Llyr Williams for Bartok's 3rd Piano Concerto, a work which was one of the last the composer wrote before succumbing to leukaemia. Despite this, the piece was written as a birthday present for his wife, and as such is untroubled and an absolute delight to hear. Mozart's 40th Symphony, nicknamed the Great G minor, was written during a busy period in 1788 in which Mozart wrote a plethora of late works, including his last three symphonies, and it is one of Mozart's most passionate works. It thrills throughout, from the instantly recognisable opening, right through to the final chords.

Bach's Orchestral Suites: the spirit of the dance

See all recipes from The 'Great' G minor