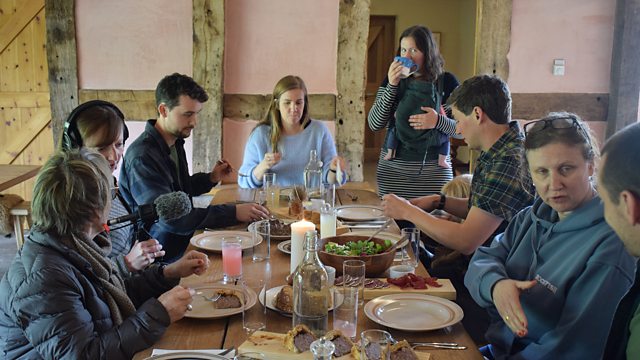 What makes an excellent food producer?

What does it take to produce delicious food of the highest quality in the UK in 2019?

This year, it was the turn of chef, food writer, BBC TV presenter, and this year's head judge in the BBC Food and Farming Awards Angela Hartnett to find out. In this programme, Angela and Sheila Dillon spend a day with each of the finalists in the Best Food Producer category. Together, they visit three farms, in Cornwall, Herefordshire and Cumbria. Among the dedicated people they meet are Tanya the 'Duck Dabbler', a woman whose expertise in duck rearing are sought far and wide, Ed the 'first-time' farmer, working slowly and sustainably in the Black Mountains, and Martin whose dedication to making cheese extends even to the starter cultures themselves.

Feeding the High Street: Are food shops the answer?

Stranded! How to eat on a desert island.