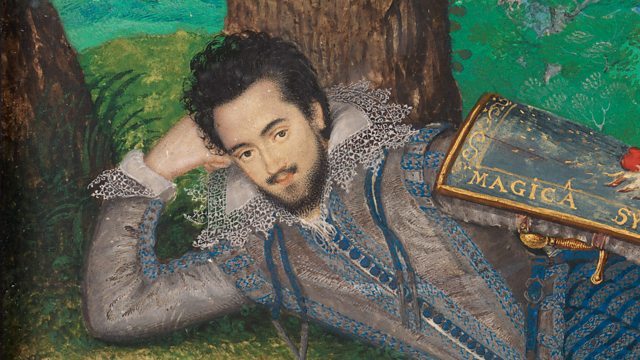 Hannah French looks at the life and legacy of an extraordinary 16th-century polymath, Edward Herbert, Lord Herbert of Cherbury.

Hannah French delves into the life and legacy of an extraordinary 16th-century polymath - Edward Herbert, Lord Herbert of Cherbury. She meets Dr John Chu, Assistant Curator of Pictures and Sculpture at the National Trust who shows her the portrait of Lord Herbert currently on display at the National Portrait Gallery. John takes Hannah on a tour of Lord Herbert's haunts in central London.

Herbert is one of those vital people in the history of music – an artist and an informed observer. He was an accomplished lutenist, and compiled a book of lute music (some of which he wrote himself) which survives in manuscript. But he travelled and heard the latest and greatest music. He was in fact a soldier, diplomat, historian, poet, philosopher, and considered one of the most handsome of courtiers, even by Queen Elizabeth I. In London he heard Byrd and Bull at the Chapel Royal, in Paris he attended the Balls and Masks of the French Royal Court, and in Italy he encountered Bartolomeo Barbarino and Claudio Monteverdi. In this programme we learn more about this dashing young man, ‘in greate Esteeme both in Court and Citty’, who offered his poetry to musicians across the continent.