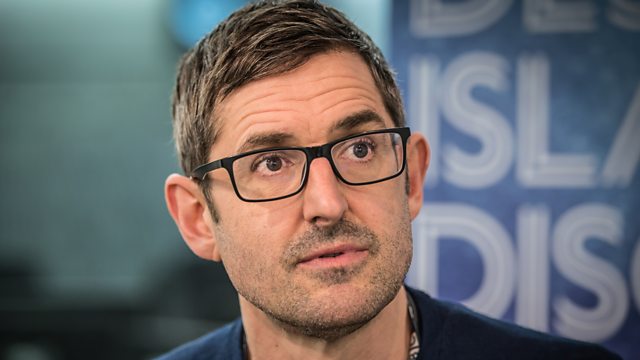 Louis Theroux shares the eight tracks, book and luxury he would take with him if cast away to a desert island. With Lauren Laverne.

Louis Theroux is a television documentary maker. He has received two BAFTAs and a Royal Television Society Award for his work which includes the series Louis Theroux’s Weird Weekends and When Louis Met…

Born in 1970, and brought up in south London, he is the son of the American writer Paul Theroux and the BBC World Service radio producer Anne Castle. He was privately educated at Westminster School and read History at Oxford, graduating with a first. He moved to the USA where he was introduced to the American documentary maker Michael Moore and started making segments on unusual subcultures for Moore’s show TV Nation. He was given his own series – Louis Theroux’s Weird Weekends – by the BBC in the late 1990s and, after three series, he went on to present two series of When Louis Met…, which included Neil and Christine Hamilton, Max Clifford, Chris Eubank and Jimmy Savile.

Since then, he has made dozens of documentaries, many of them in the USA. In 2016, he revisited his encounters with Jimmy Savile in the wake of Savile’s death and the surfacing of allegations of child sexual abuse. The same year, his only feature-length film, My Scientology Movie, was released. His most recent documentaries dealt with sexual assault on American campuses, mothers with post-natal mental illness, and escorting.