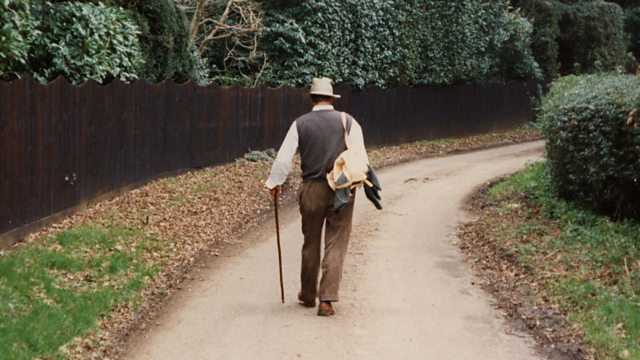 The walking and photographs of WG Sebald on show in Norwich plus an exhibition of money and Jewish history. With Brendan McGeevor, Adam Scovell, Philippa Comber and Sean Williams.

The walking and photographs of W.G. Sebald on show in Norwich, American poet Carolyn Forché on the stranger who gave her an insider's view of politics in El Salvador whilst she was in her '20s. Plus an exhibition of money and Jewish history. Laurence Scott presents.

Adam Scovell, Philippa Comber and Sean Williams discuss the influence of the German writer WG Sebald who settled in Norfolk. His novel The Rings of Saturn follows a narrator walking in Suffolk, and in part explores links between the county and German history and emigrants.
Lines of Sight: W.G. Sebald’s East Anglia, an exhibition celebrating the work of the author W.G. Sebald on the 75th anniversary of his birth runs at Norwich Castle Museum & Art Gallery 10 May 2019 – 5 January 2020 in collaboration with The University of East Anglia
Adam Scovell is a film critic and author whose new novella is called Mothlight.
Dr Seán Williams is a New Generation Thinker who teaches Germanic Studies at the University of Sheffield
Phillippa Comber is the author of Ariadne's Thread – In Memory of W.G. Sebald and In This Trembling Shade, ten poems set to music as a song cycle.

BBC Radio 3/AHRC New Generation Thinker Brendan McGeever is at the Pears Institute for the Study of Anti-Semitism at Birkbeck University London which was involved in developing the exhibition Jews Money Myth running at the Jewish Museum London until July 7th 2019.

Carolyn Forché's Memoir is called What You Have Heard is True. A man who might be a lone wolf, a communist, a CIA operative, a sharpshooter, a revolutionary, a small coffee farmer, drives from El Salvador to invite the 27-year-old Forché to visit and learn about his country and she decides to say yes.