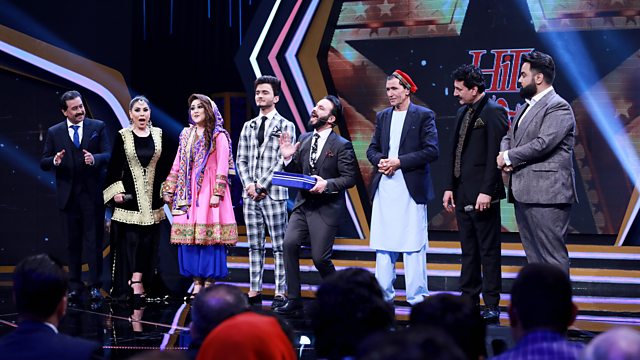 Sahar Zand is in Kabul for the finals of Afghan Star, a TV talent show that is at the forefront of the fight to keep music alive in Afghanistan, defying attacks from extremists.

Sahar Zand is in Kabul for the finals of Afghan Star, a TV talent show that is on the front line of the fight to keep music alive in Afghanistan, following the years of the Taliban regime, when music was banned. In the first of two programmes, she hears from a singer who has been targeted by extremists, meets one of the Taliban’s senior figures to explore the reasons behind the cultural conflict, and follows the votes as the TV audience chooses between the two young finalists.

Afghan Star is much like any other TV talent show – except that its context is a war zone. The studios are guarded by bomb-proof gates and snipers, and the participants arrive by armoured vehicle. It is watched by millions throughout the country – and has led the way in a resurgence of music in Afghanistan despite constant threats. Afghan Star also sees its role as promoting the country’s own traditional music, as a symbol of Afghan cultural identity. With current peace talks that could result in the Taliban again taking control, Afghan Star is at the forefront of the continuing struggle in Afghanistan.