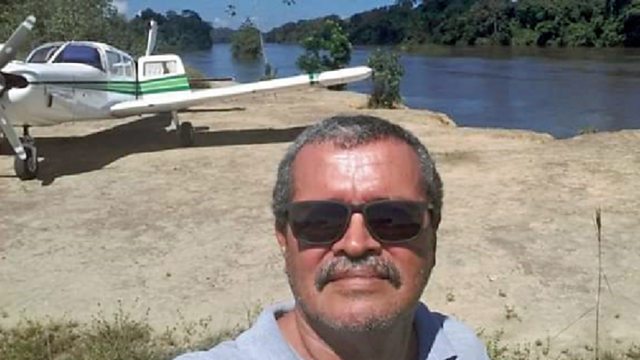 Abandoned in the Amazon

The flight that vanished over the world’s largest wilderness, and the scandal of how pilots are forced to lie about their destinations.

The dangers of flying in the great wilderness of the Brazilian rainforest. When a light aircraft carrying two families from a local Indian tribe disappeared over the Amazon in December, relatives scoured the rainforest for weeks until hunger and sickness forced them to give up. The Brazilian authorities ignored appeals for an official ground search – just as they’ve ignored appeals over many years to regulate local flights in the Amazon. Without air traffic control, pilots must fly clandestinely – making already-hazardous travel between the tiny landing strips even more dangerous. Now, Brazil has a new right-wing president, Jair Bolsonaro, who has spoken out against the communal rights of indigenous people – and, as Tim Whewell reports, tribal leaders fear the failure to find the missing plane may be a sign of growing official indifference to their needs. Producer in Brazil, Jessica Cruz.

(Image: Before the tragedy - Jeziel Barbosa de Moura, pilot of the vanished plane, minutes before he took off on the doomed flight. Credit: Family archive)

Empty Spain and the Caravans of Love