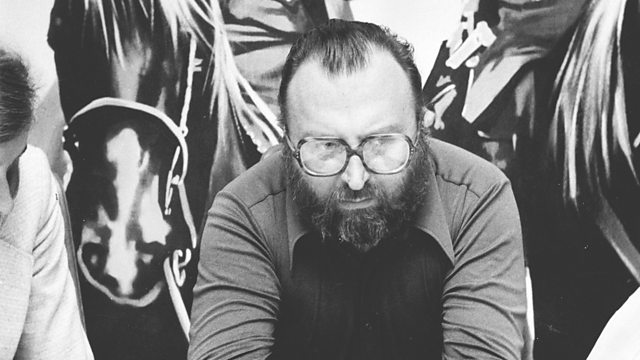 Matthew Sweet talks Spaghetti Westerns with Christopher Frayling. Plus magic, mind games and the role of the magician's assistant discussed by Naomi Paxton and Gustav Kuhn.

Matthew Sweet talks Spaghetti Westerns and Sergio Leone with Christopher Frayling and Samira Ahmed. They also look at the film worlds of Stanley Kubrick as an exhibition runs at London's Design Museum. Plus magic, mind games and the role of the magician's assistant. New Generation Thinker Naomi Paxton and Gustav Kuhn from Golsmiths, University of London bring their conjuring tricks into the studio.

You can hear Christopher Frayling with Brian Cox and the actors Keir Dullea and Gary Lockwood discussing Kubrick's 2001 here https://bbc.in/2H8q76p
Stanley Kubrick: The Exhibition runs to 15th September 2019 at the Design Museum in London.
Smoke and Mirrors: The Psychology of Magic runs at the Wellcome Collection in London until 15th September 2019 including performances of magic by Dr Gustav Kuhn and a Friday Late on May 10th.
Experiencing the Impossible: The Science of Magic by Gustav Kuhn is published by MIT Press.