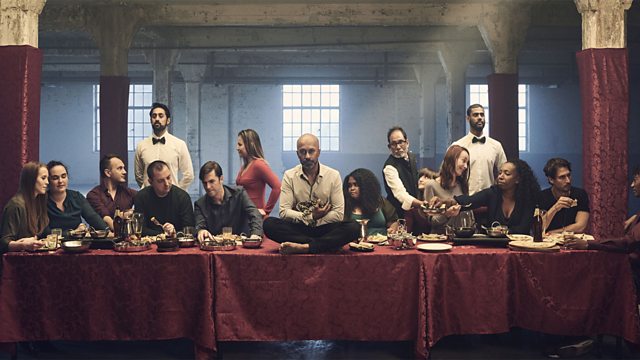 Youtube star/standup comedian Bo Burnham has now turned his hand to film directing and his debut work is a coming-of-age tale: Eighth Grade. It's about a 15 year old girl dealing with the trials and tribulations of high school life, discovering how the world works and why.
Arthur Miller's All My Sons was his breakthrough work when it debuted on Broadway in 1947. A new production at London's Old Vic theatre stars Sally Field and Bill Pullman
Lux is the latest historical novel by Elizabeth Cook, it continues her fascination with exploring classical themes; this time the story of David and Bathsheba interwoven with the life of 16th century poet Thomas Wyatt
There's a new exhibition celebrating the work of film director Stanley Kubrick which has just opened at The Design Museum in London. On display are items from his personal archive directly related to his long career on groundbreaking films including 2001 A Space Odyssey, Full Metal Jacket and Spartacus
Curry House Kid on Channel 4 is a documentary about Akram Khan's upbringing above a curry house and his desire to dance. it includes a new work about the world of the migrant

Sweet Charity, Machines Like Me, Smoke and Mirrors: The Psychology of Magic, Loro

The Long Shot, Jude, Making Your Mark at British Library, The Heavens

All My Sons is at The Old Vic until 8 June 2019. The National Theatre live screening of the performance is on 14 May 2019. Full details can be found here.

Stanley Kubrick: The Exhibition is held at the Design Museum until 15 September 2019