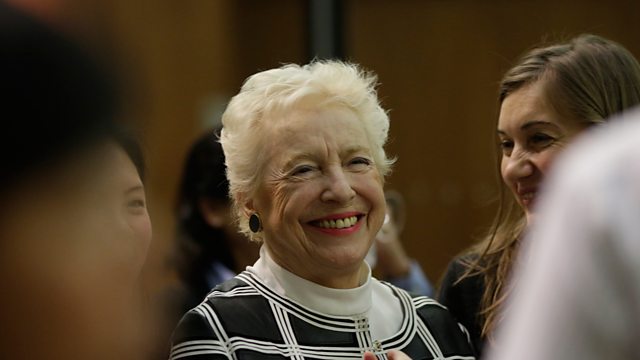 Richard and Aasmah are joined by Dame Stephanie Shirley who arrived in the UK aged 5 as a refugee on the Kindertransport. She became a ground breaking IT entrepreneur who has since become a philanthropist and given over £60 million away. Her son inspired her to set up a school for children with Autism, and fund vital research.
We also have Duff McKagan who joined Guns N' Roses as bass player aged 19 but only just survived the rock 'n' roll lifestyle. He battled addiction by taking up martial arts and studied accountancy, writing books and his own music as well as touring again with the band.
and Libby Page, who enjoyed water as a child but had become fearful of donning a swimsuit in her teens. She finally faced her fears and learnt to swim in her 20s and has discovered the meditative and therapeutic benefits of swimming, in particular, outdoors and it helped her get a publishing deal.
and Paul Jacobs, a listener whose wife got in touch with us. A PE teacher in the same school for 29 years, he was voted Melton Mowbray’s sports personality of year 2016, and uses sport to inspire young people. We heard how he would “run a marathon, drive home and do the ironing”, so we had to meet him.
TV presenter June Sarpong gives us her inheritance tracks which are Superwoman by Stevie Wonder and Love Train performed by The O'Jays.
Producer: Corinna Jones
Editor: Beverley Purcell