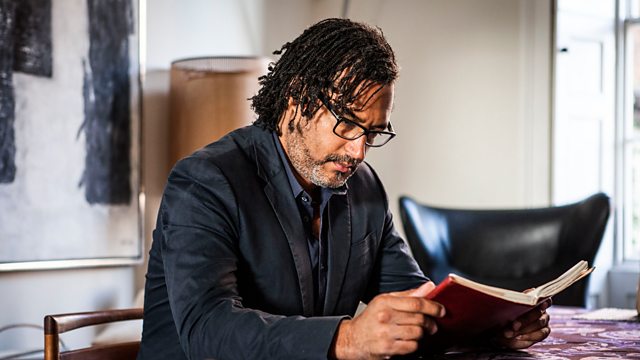 A House Through Time Series 2

Tracking the house’s occupants in the early 20th century, David finds a boarding house landlady whose family is threatened by war and a young couple involved in terrorism.

In this episode, David Olusoga follows the residents of the house through the early 20th century. The house is now being run as a boarding house by 41-year-old single mum Grace Eagle, who lives there with two of her children, Henry and Leonora. Curious to find out more about Grace’s circumstances, David uncovers a series of newspaper articles which reveal a furious public dispute about money between Grace and her estranged husband, Henry Eagle. To find out more, David goes to meet one of her living relatives, Carl Eagle. Carl explains that Grace was born in Tyneside, and at 17 she married Henry Eagle, aka Henrik Igel, an inventor and entrepreneur from Romania. The couple had three children, but the marriage foundered, not just from financial pressures, but due to Henry’s womanising. Grace left Henry to set up the business on Ravensworth Terrace.

But as David discovers from the 1911 census, this is no ordinary boarding house. Grace is running a theatrical boarding house, and her tenants are stars of the thriving music hall scene. David next visits the nearby Tyne and Wear Opera House to meet historian Anne Featherstone, to discuss the trick cyclists, jugglers and other colourful acts who lodged in Grace’s house.

But the lively atmosphere of the boarding house is soon threatened by the arrival of war. In 1914, the local recruiting office is besieged by young men eager to join up. An atmosphere of xenophobia is growing on Tyneside. A day after war is declared, the Aliens Restrictions Act is introduced. This law imposes a host of restrictions on foreign-born people in Britain. And although Grace is English, having married a Romanian she is now classed as ‘foreign’ herself.

The same is true for her eldest daughter Grace Marie, recently married a German man called Paul Wiese. The family are treated with suspicion, which soon turns to violence. Paul’s offices on the quayside in Newcastle are attacked by an anti-German mob, and the couple’s home is pelted with stones. Then Paul is discovered loitering near a temporary internment camp housing ‘enemy aliens’ and found guilty of ‘being found in circumstances of suspicion’. He is sent to Southend to be imprisoned on an internment ship moored off the coast.

With nowhere else to stay, Grace Marie and her children go to live with Grace Senior in the boarding house in Ravensworth Terrace. To find out more about what happened to Paul on the prison ship, David travels to Southend and meets expert Professor Heather Jones. The conditions on board were insanitary and overcrowded, she explains. In 1915, after a very cold winter, Paul contracted bronchitis and asthma, and died in March of that year. Grace Marie never saw her husband again.

David is keen to know what happened to Grace Marie. From her relative Jane Stupples David discovers that after the tragic death of her first husband, she found happiness again with a man named Billy Haselhurst. But sadly Billy lost his life just three years after Paul – he was shot in France in the final days of the war and died shortly afterwards.

Unsurprisingly after so much turmoil, the family didn’t remain in Ravensworth Terrace. In a trade directory of 1919, David finds a new tenant arrives in the house, a lodging housekeeper called Rose McQueeney. David discovers that Rose comes from an Irish family in Sunderland, and that her lodgers are mostly working men, also from Ireland. As design historian Deborah Sugg Ryan explains, running a boarding house was a multi-faceted job. Rose was cleaner, cook and mother figure to her tenants, working all hours, seven days a week.

But it seems Rose did find time for a social life. David finds a marriage certificate from 1920 revealing that Rose marries one of her lodgers, 24-year-old Irish colliery labourer Edward Kerrigan. Six months after the wedding the couple become parents to baby Patrick. But what appears to be a peaceful domestic setup is soon revealed to be anything but. David discovers a report in a local paper from 1921, implicating Edward Kerrigan in a case involving the theft of some explosives. His co-accused are named Richard Purcell and Gilbert Barrington. Digging deeper, David discovers that Purcell and Barrington are both members of the Irish Self Determination League, an organisation campaigning for Irish independence. Wondering if Kerrigan is connected to the group, David goes to meet historian Gerard Noonan. Gerard shows him evidence that proves that Edward Kerrigan was far more than a peaceful campaigner, he was actively involved in the local branch of the IRA and played a key role in an arson attack on a local aerodrome that made headline news in Newcastle. When the explosives theft case gets to court, Purcell and Barrington are found guilty and sentenced to three years in prison. But Kerrigan gets off with a £5 fine, and his IRA activities are never uncovered by police. 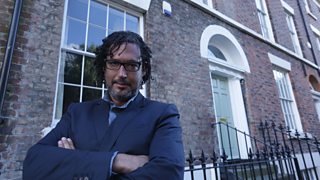