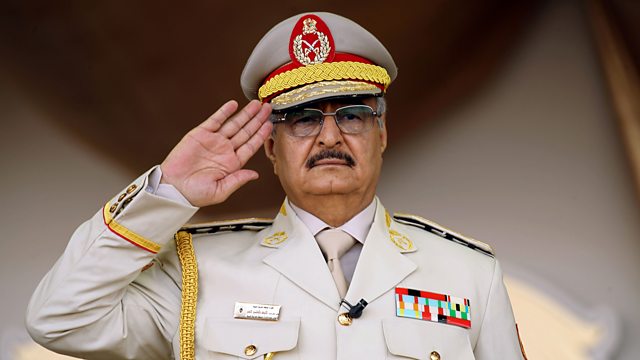 As Libya edges towards civil war, Becky Milligan looks at the life of the man behind the most recent conflict, which began with his military assault on the city of Tripoli.

Known as "The Strongman", Field Marshal Khalifa Haftar comes from a family of soldiers and as a young man admired his fellow army student Muammar Gaddafi, who would later denounce him after their disastrous defeat in a war in Chad.

He was given refuge by the Americans and ended up living for twenty years in Langley, Virginia, home of the CIA, before returning to Libya, with the self-proclaimed aim of saving the country from extremists.