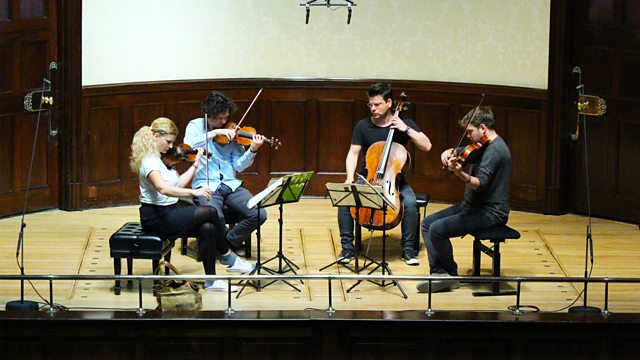 Shostakovich in peace and war

Live from Wigmore Hall, London, the Pavel Haas Quartet plays Shostakovich's String Quartets No 7 in F sharp minor and No 2 in A.

Named after a Czech composer taught by Janáček and subsequently murdered in the Holocaust, the Pavel Haas Quatet's performances have been described as ‘spellbinding’ thanks to their ‘total immersion in the music’. Dedicated to the memory of his first wife, Nina, Shostakovich’s short Seventh Quartet (1960) opens the concert, followed by the wartime Second (1941), which refers to Jewish folk music.

A tower and a garden: Shaw and Chausson