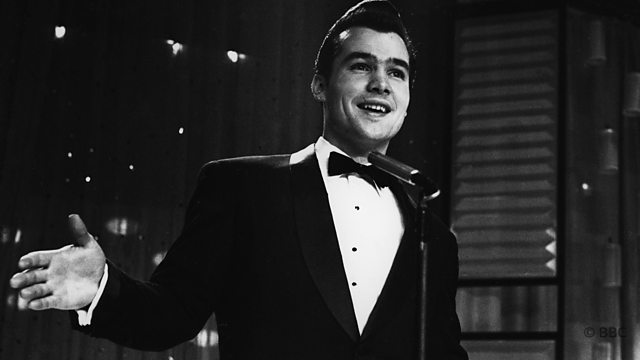 Owen Money tells the story of Ricky Valance, the first Welshman to top the singles charts with 'Tell Laura I Love Her' which became a soar-away hit in 1960.

Owen Money tells the story of Ricky Valance, the first Welshman to top the singles charts with 'Tell Laura I Love Her' In 1960.

'Tell Laura I Love Her' became a soar-away hit in 1960 for Welshman Ricky Valance. Its emotional lyrics seemed to capture a mood - songs which became known as the teen tragedy genre. The stories mainly focussing on the death of a loved one, boyfriend or girlfriend.

For this programme Owen Money met Ricky Valance to chart the story of his hit song - and also to work out what why the teen tragedy genre was so popular. Because their lyrics focused on death, the BBC even banned some of the songs.

Ricky was the first Welshman to top the singles charts and also the first of a kind, a group of young male pop singers thrust into the spotlight. Owen also hears from some of Ricky’s contemporaries; John Leyton, who sang the beautiful but haunting 'Johnny Remember Me' and Marti Wilde who became a household name with his hit 'Endless Sleep' in 1959.

The teen tragedy songs, for which 'Tell Laura I Love Her' was the most successful, came to prominence in the wake of several high profile deaths including Hollywood film star James Dean in a car crash in 1955 and Buddy Holly And Ritchie Valens in a plane accident a few years later. Did these deaths play into the teen tragedy genre? Owen tries to work this out with the help of artistes from the day and music experts.

Others who contribute to the programme include 1960s backing singer Lissa Gray, 1950s music expert and impresario Bill Kenwright and Jeff Barry, the man who wrote 'Tell Laura I Love Her'.

Ricky Valance: Still Telling Laura He Loves Her is produced by Ashley Byrne and is an MIM Production for BBC Radio Wales