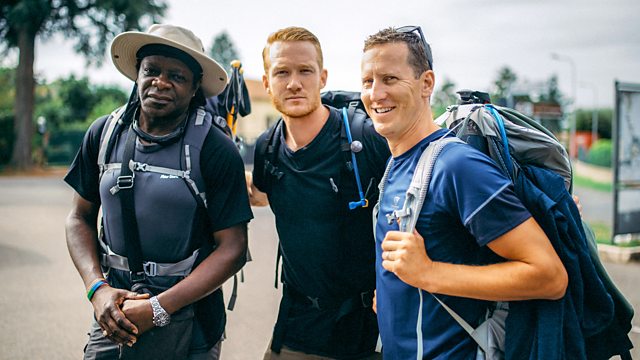 Pilgrimage The Road to Rome

The celebrity pilgrims set off on the final challenging stretch of the Via toward Rome. When they receive an extraordinary invitation from the Vatican, emotions run high.

Eight well-known personalities, all with differing beliefs and faiths, put on backpacks and walking boots, and set out to cover the Italian section of the ancient 2,000km Via Francigena, which starts in Canterbury and finishes in Rome. They have only 15 days to tackle 1,000km, so they start their pilgrimage in the Alps, just before the Swiss-Italian border. Will this journey of a lifetime change the way they think about themselves and their beliefs?

Actors Les Dennis and Lesley Joseph, professional dancer Brendan Cole, comedians Stephen K Amos and Katy Brand, Olympic champion Greg Rutherford, Irish Eurovision Song contest winner Dana and television presenter Mehreen Baig live as modern-day pilgrims. They stay in basic hostels, sleep in shared dorms and follow a largely untrodden route, which is currently in the throes of revival. With just over two weeks to complete their pilgrimage, the eight pilgrims walk sections of the Via and travel some of the route by minibus. When they reach the final 100km, they have to walk every step of the way.

The pilgrims are on the tenth day of their journey, with 65km still to go before they reach Rome. Today’s route takes them through an isolated and overgrown wood, which is a total revelation to Mehreen, who has never experienced anything quite like it before. The group arrive in Sutri, a medieval town with an even older history. They visit a magnificent Roman amphitheatre, and the pilgrims don’t hesitate to take centre stage. Lesley auditions for ‘producer’ Les, fittingly with a piece from Shakespeare’s Julius Caesar, while Maximus Gregorius (aka Greg) is challenged to a gladiatorial tussle by Brendan.

But Sutri has even older archaeological remains. Stephen, Mehreen and Les visit a church which was originally Etruscan and pagan before becoming Roman, then Christian and finally Catholic. They marvel at the famous pilgrim frescoes dating back to the Middle Ages, and Stephen questions how the notion of religious belief began.

Once they have been collected from Sutri by a Franciscan nun with a reputation as a fast driver, they head to her convent, their hostel for the night, and revel in the comparative luxury on offer - a washing machine and towels! But the next morning they are back on the road, for their longest walk of the pilgrimage – 18km.

Greg takes charge and the boys set themselves a challenge, to finish today’s walk in under three hours. Despite being the oldest, Les gamely sets out to lead – and they smash their time. The women are somewhat slower but cross the finishing line none the less, and there are celebratory drinks and hilarity all round.

Next day, it is back to business while they struggle with the heat and the hills – all but Katy, who reluctantly drops out because of her blisters. As they reach the outskirts of Rome, they walk through the Parco Di Veio, and Greg and Brendan explore a tunnel dug out by the Etruscans for transport and irrigation. Surrounded by nature, it gives Brendan a moment of reflection about his own position on belief and reinforces his connection with the natural world.

With Rome on the horizon, all the pilgrims begin to reflect on their journey and are triumphant when they get their first view of the Eternal City from Monte Mario park. For the final, short descent into Rome, they are rejoined by Katy, and when they enter St Peter’s Square, they are overwhelmed by its Renaissance beauty. In St Peter’s Basilica, Les has a powerful and emotional moment of realisation with regard to his mother and her rejection of the Catholic faith, and all the pilgrims are proud and delighted to receive their testimonium – a certificate to celebrate their achievement.

As a gay man, Stephen comments that he still hasn’t found any kind of acceptance while on the pilgrimage, but then something extraordinary happens: they discover Pope Francis has agreed to meet them in a private audience. Stephen agonizes whether, with all his issues with the Catholic church, he should meet the pope. If he does, he decides he will be true to himself and not hold back. He will ask difficult questions.

The following day is a Wednesday, when thousands of pilgrims come to St Peter’s Square to see and hear the pope. While the crowds gather, the pilgrims enter a private area of the Vatican. A supporter of the Via, the pope greets them all - and then Stephen asks a question. He tearfully tells the pope of his recent bereavements - his mother and his twin sister, who were both very religious, and explains he came on the pilgrimage looking for answers and faith, but that as a gay man he hadn’t felt accepted. Emotions run high when the pope responds in a way that no one expects.

Episode 2—The Road to Rome

See all episodes from Pilgrimage 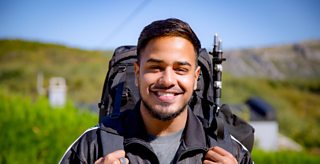