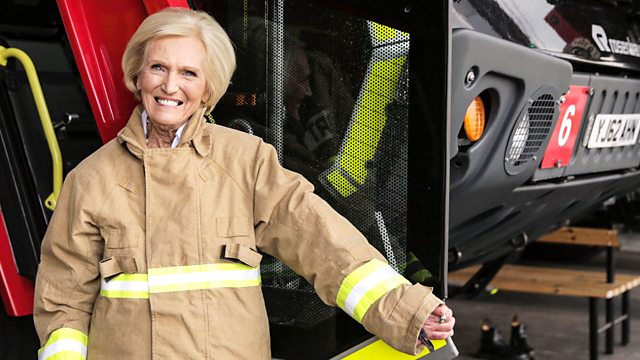 Mary is given an access-all-areas pass at Heathrow airport to see what is needed to keep one of the busiest airports in the world fed and running smoothly.

In this episode, Mary is given an access-all-areas pass as she heads behind the scenes at Heathrow airport. Where everyone has one eye on the clock and a flight to catch, Mary wants to see how the restaurants and cafes feed the 80 million people that pass through the terminals each year in record-breaking time. Mary throws herself into the different roles needed to keep one of the busiest airports in the world fed and running smoothly, including a stint as an airport firefighter.

In this episode, Mary whips up wonderful quick delights, including a rich chicken korma, a delicious apple sandwich cake and some extra special roast scallops.

See all recipes from The Airport