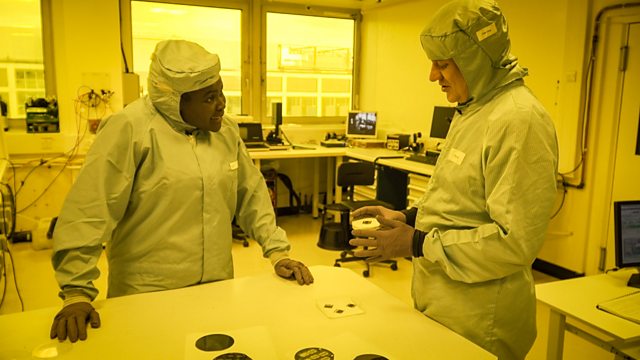 Insight - NASA's latest mission to Mars - goes in search of the secrets below its surface to reveal how the planet was formed and why it is so different from the Earth.

Marsquake! This month's episode follows Insight, NASA’s latest mission to the Red Planet, as it goes in search of the secrets buried deep below Mars’s surface. By listening for tremors caused by Marsquakes and meteor strikes, scientists hope to reveal how the planet was formed, why its fate was so different from the Earth and whether the planet is dead or alive.

The programme also says a heartfelt goodbye to Opportunity, the rover that explored the surface of Mars for more than 14 years until it was engulfed by a dust storm last year.

Is Cosmology in Crisis?

See all clips from Marsquake! (4)