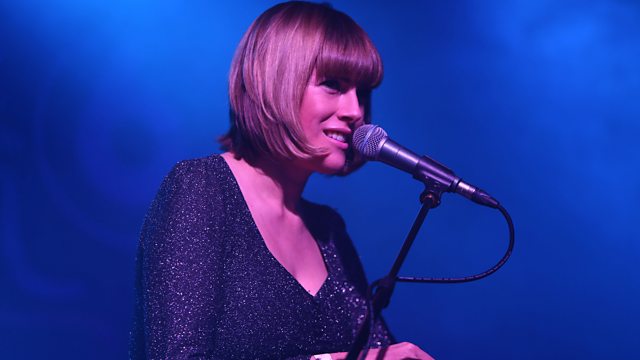 Songs From the Edgelands

Gwenno, who has released successful albums in Cornish and Welsh, heads to the SUNS festival in Italy to celebrate the power of songs sung in minoritised languages.

There are over seven thousand languages in the world, some of them spoken by only a handful of people. Every year, more than twenty of those languages disappear forever, and according to singer Gwenno, who has released albums in Cornish and Welsh, that is a huge loss. These languages have evolved over centuries to reflect a people's relationship with their part of the world, and offer, she says, an echo of that particular landscape. Gwenno heads out to the SUNS festival in the northern Italian city of Udine, where the local language is Friulian. There she meets some of the bands who have brought their songs - written in a wide range of minoritised languages from Basque and Catalan to Ladin and Welsh - to compete in the festival's song contest. She explores the ways in which writing lyrics with words very few people can understand can act as a liberation and allow original patterns of writing, as well as a means through which to embody and modernise cultural and political identity.