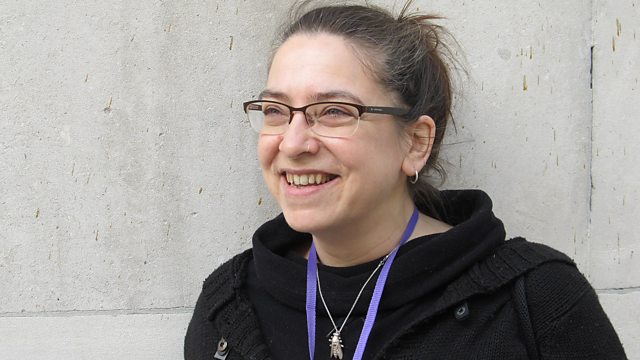 Erica McAlister on the beauty of flies

Dr Erica McAlister, of London's Natural History Museum, talks to Jim Al-Khalili about the beauty of flies and the 2.5 million specimens for which she is jointly responsible.

Dr Erica McAlister, of London's Natural History Museum, talks to Jim Al-Khalili about the beautiful world of flies and the 2.5 million specimens for which she is jointly responsible.

According to Erica, a world without flies would be full of faeces and dead bodies. Unlike, for example, butterflies and moths, whose caterpillars spend their time devouring our crops and plants, fly larvae tend to help rid the world of waste materials and then, as adults, perform essential work as pollinators. Yet they are rather unloved by humans who tend to regard them as pests at best and disease vectors at worst.

2019 is international Year of the Fly, and dipterists and entomologists around the world are working to raise the profile of the many thousands of species so far known to science.

Erica tells Jim about her work in the museum, cataloguing and identifying new species either sent in from other researchers or discovered by her and her colleagues on swashbuckling trips around the world. Modern gene sequencing techniques are revealing new chapters in the life histories of species, and her collection of 300 year old dead flies continues to expand our knowledge of how the world works.

Perhaps in the future, she argues, we will all be eating pasta and bread made from fly-larvae protein, or using small tea-bag like packets of maggots in our wounds to clean out gangrenous infection.

Richard Peto on why smoking kills but quitting saves lives