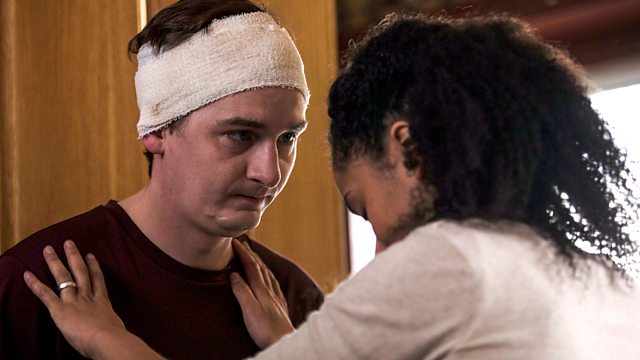 The Victim Series 1
Episode 1 of 4

A trial begins: on one side a grieving mother and on the other a man accused online of being her son's killer. But who is the accused and who is the victim?

Fifteen years after her son’s murder, Anna Dean arrives at Edinburgh High Court for the start of a major court case – but who is on trial?

Six months previously, on Halloween, Craig Myers is viciously attacked and discovers he has been accused online of being the notorious child murderer Eddie J Turner. The investigation into the online post and the subsequent attack uncovers evidence that DI Grover believes incriminates Anna, but senior officers seem intent on blocking his enquiries.

Meanwhile, the first day of court proceedings brings Craig and Anna face to face and raises the question – is Craig really Eddie, or is this a case of mistaken identity?

See all episodes from The Victim