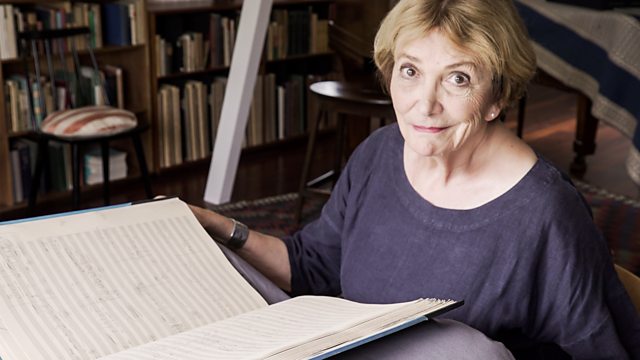 Our Classical Century Series 1
Episode 3 of 4

From Brief Encounter to Last Night of the Proms, Suzy Klein and Joan Bakewell explore the post-war story of our growing relationship with classical music on television and film

From the films Brief Encounter and Bridge on the River Kwai, to the glamorous classical stars Jacqueline du Pré and Daniel Barenboim, this is the story of how classical music thrived in post-war Britain and found vast popular audiences. Suzy Klein and broadcaster and music lover Joan Bakewell explore a new world of musical collaborations with classical music – from Yehudi Menuhin and Ravi Shankar, Rick Wakeman and David Bowie, and Deep Purple and the Royal Philharmonic.

Elizabeth II’s coronation was a remarkable showcase for British classical music. It was watched by millions on their new TV sets. Suzy explores how the BBC transformed the Last Night of the Proms into a live TV extravaganza under the baton of the dynamic ‘Flash Harry’, Malcolm Sargent. Joan Bakewell meets Sylvia Darley, his private secretary for 20 years, who reveals the ‘love affair’ between Sir Malcolm and the promenaders.

TV was one medium that had grasped the potential of classical music – now film did too. David Lean had already co-opted Rachmaninov’s 2nd Piano Concerto to unforgettable effect in Brief Encounter. Suzy reveals how Lean commissioned the piece which brought Oscar glory for Best Score to British composer Malcom Arnold in 1958, for Lean’s cinematic tour de force Bridge on the River Kwai. Arnold – an eclectic, dynamic and prolific composer - produced a powerful score for this film about prisoners in a Japanese camp building a bridge for the Burma Railway. Composer Neil Brand reflects on Arnold’s ability to conjure the pain and hardship of wartime imprisonment and forced labour.

As the Sixties began, a piece deeply inspired by the wartime experience - The War Requiem - helped seal the reputation of composer Benjamin Britten. It was written for Coventry, a city devastated by WW2 bombing. An experiment in the healing power of music, it was a controversial choice for the reopening of Coventry Cathedral, as Britten was a conscientious objector. Against the backdrop of the Cold and fears of apocalyptic nuclear war, Britten created a piece that resounded with his deeply held opposition to war. Joan Bakewell visits the Red House in Aldeburgh where Britten wrote the piece, and examines Britten’s hand-written score that warns of the inhumanity and consequences of war. Suzy meets a member of the original 1962 audience who recalls the stunned silence that greeted its first performance, and Roderick Williams sings a powerful extract.

As the Sixties arrived and classical music thrived on TV, in cinemas, on records – a glamorous new classical star for a new age burst onto the scene – the dynamic, virtuoso Jacqueline du Pré. With cellists Moray Welsh and Julian Lloyd Webber, Joan Bakewell explores the secrets of du Pré’s magnetic style and the piece that she made her own: the Elgar Cello Concerto. Written in the aftermath of WW1, Du Pré invested the piece with a virtuosic romanticism that sold millions of records. Acclaimed young cellist Sheku Kanneh-Mason plays excerpts and reveals the impact Du Pré’s version had on him as a young player.

The sixties saw a new era of musical collaborations, one famously involving Yehudi Menuhin of whom Albert Einstein said, "The day of miracles is not over. Our dear old Jehovah is still on the job." Menuhin’s musical curiosity lead him to collaborate with Indian sitar master Ravi Shankar. Brilliant contemporary musician Nitin Sawhney helps Suzy examine the secrets of Shankar’s brilliance and the ingredients of their memorable collaboration in their legendary album ‘West Meets East’. The record won a Grammy and brought Indian musical tradition to a western audience. On 24th September 1969 another epic musical collaboration took place between Jon Lord with the heavy metal band Deep Purple and the Royal Philharmonic Orchestra conducted by Malcolm Arnold at the Royal Albert Hall. Ian Gillan describes how the orchestra turned up their noses at a collaboration with a heavy metal band.

This was the era of experimentation, and in 1971 David Bowie – a fan of Stravinsky and Holst – involved classically-trained Rick Wakeman in the classic Life on Mars. With Rick at the keyboard, Suzy explores the making of this revolutionary song, in which classical music collides with pop brilliance.

In the 70s, political uncertainty and industrial disputes dominated. With advertising guru Sir Frank Lowe, Joan Bakewell looks at how classical music was co-opted by advertisers to hark back to more certain times. Lowe explains how he took a brass band version of the theme from Dvorak’s New World Symphony and transformed it into a nostalgic tune to sell Hovis bread. The programme reveals how the piece was written by a middle European as he travelled through the American West, and was deeply influenced by African-American spirituals.

As post-war Britain changed, opened up to new media and new global cultural influences, so Britain fell in love with classical music in new ways