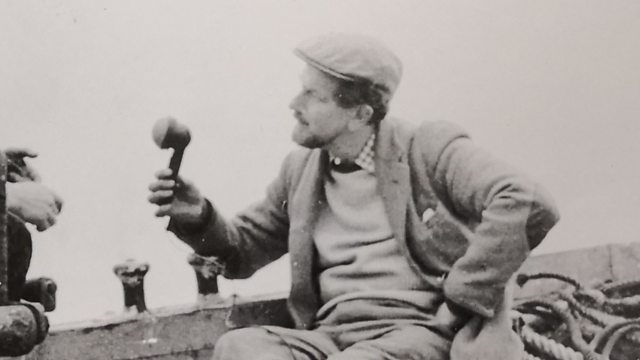 Sean Street delves into the archive of one of the most innovative and controversial BBC radio producers, reviewing Parker’s work from the Radio Ballads to his sacking in 1972.

Sean Street delves into the archive of one of the most innovative and controversial BBC radio producers, reviewing Charles Parker’s work from the Radio Ballads to his sacking in 1972.

Parker was born in Bournemouth on April 5th 1919 – the son of a redundant railway clerk who sold paraffin from a handcart – and died in 1980 on the same day as John Lennon. For a man who revolutionised radio production, who is still talked about and revered today, his death was hardly reported in the press.

He is probably best known for his series of eight radio ballads made with Ewan MacColl and Peggy Seeger. These programmes became a high point in radio production but they eventually became expensive luxuries that could no longer be afforded. He was "sacked" or "left" the BBC in 1972.

Now in Parker’s centenary year, Bournemouth University’s Emeritus Professor of Radio, Sean Street, reviews the life of an icon in the radio industry who, according to fellow producer Michael Mason, was "a real creative genius… his razor blade was like a sculptor’s chisel, releasing the hidden poets in people". Talking to family, friends and those who worked with Charles Parker, Sean explores his radio productions and ideas on preserving the oral tradition as he delves into a rich archive of material - creating a portrait of a master magician in radio.

Parker’s life was also a journey from poverty to Cambridge University, from a Conservative Christian to a Socialist, from a Submarine Commander to a Radio Producer. But throughout his career, two things remained constant - his dedication, often working for days without sleep, and most importantly his desire to tell the extraordinary stories of ordinary people in their own words.