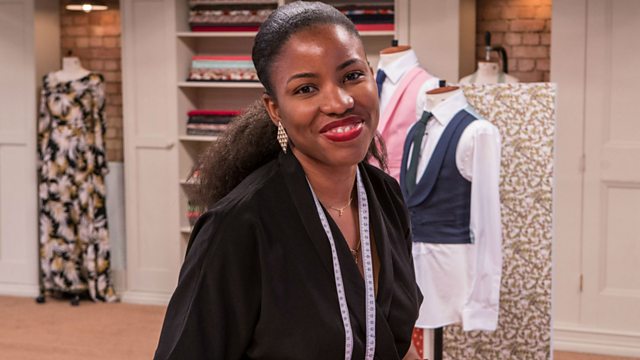 The Great British Sewing Bee winner Juliet Uzor. Sarah Mitchell on caring for a parent with dementia. Is shame the emotion of now. Mysteries of the teenage brain. Poet Helen Mort.

What is the best way to care for a parent with dementia? We hear from Sarah Mitchell whose mother Wendy was diagnosed with early onset dementia at the age of 58. Sarah tells us how they've adapted their lives and relationship.

A new Amnesty International report has found what it calls 'a shocking level' of unreported and acquitted rapes across the Nordic countries. Why? Jacqui Hunt the Director of Equality Now’s European office and Helle Jacobsen a senior Advisor and Researcher at Amnesty Denmark, discuss.

What makes the adolescent brain different and why is it that an easy child can become a challenging teenager? Sarah-Jayne Blackmore a Professor in Cognitive Neuroscience at University College London helps us understand.

Why is ‘Shame’ the emotion of now? Hetta Howes a lecturer in Medieval and Early Modern Literature at City University London, and Tiffany Watt-Smith a cultural historian discuss.

Laura Lattimore and Rashida Hardy tell us about having severe hair loss and why wearing a wig is important to them.