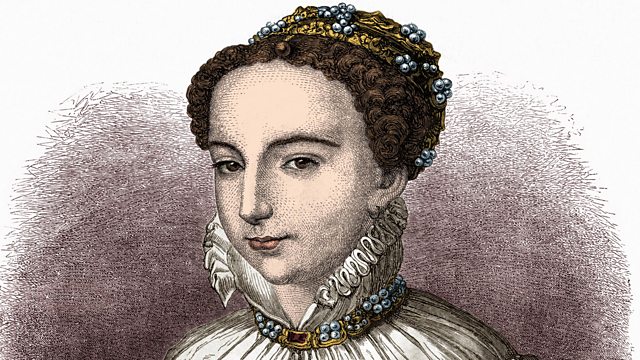 Journalist Helen Lewis rehabilitates the reputation of the “Black Queen” of France, Catherine de Medici. Helen is joined by Dr Estelle Paranque, history lecturer at the New College of Humanities and author of a new book on the relationship between Catherine and Elizabeth I.

Catherine’s life is a remarkable story of female resilience in the face of adversity. Born and immediately orphaned in Florence, Catherine’s Medici name meant she was married off to the French King’s second son. When she arrived in France, she was shunned. Her new husband was already completely in love with another far older and more beautiful woman. He showed little interest in her. And no one expected her to come to the throne. But, following a series of unfortunate deaths, Catherine would go on to become one of the most powerful women in Europe – Queen regent, and mother to three kings across decades of a volatile period in French history.

Helen became fascinated by her aged ten when she realised with a kind of horror that had she been a medieval princess she was the right age to be shipped off to a strange land to marry some duke she’d never met. Helen Lewis is associate editor at the New Statesman. She argues that Catherine was a savvy political operator, and that her reputation as “the serpent of Paris”was largely due to the fact she was a female in power at a very difficult time. A fascinating insight into a major character little known over here.

The presenter is Matthew Parris and the producer in Bristol is Polly Weston.

Aethelflaed, Lady of the Mercians, chosen by Tom Holland—Series 48