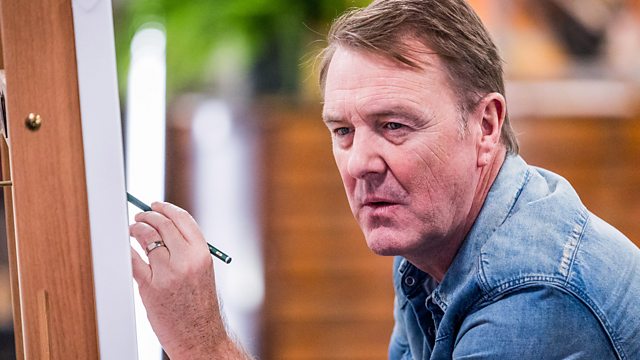 Six celebrities tackle the human form as they capture on canvas a nude Keith Allen and their own self-portraits. Our judges and the public pick whose art will hang in the gallery.

Six celebrities from screen, film and sport put their day jobs on pause and pick up a paintbrush to pursue their private passion. The competition gets underway with Jane Seymour, Laurence Llewelyn-Bowen, Phil Tufnell, George Shelley, Amber Le Bon and Josie d’Arby tackling the genre of the human form as each attempt to capture on canvas a nude Keith Allen.

Mariella Frostrup presents and esteemed judges Daphne Todd OBE and Lachlan Goudie return to the painting series to critique and review our celebrity artists’ work. After the judges give our artists some constructive criticism on their very first task, mentors Diana Ali and Pascal Anson prepare a masterclass to help hone our celebrities’ skills, focusing on facial features.

For the main event the celebrities are asked to take a long hard look in the mirror as self-portraits become the subject matter. As our artists face their features head-on, Phil gets frustrated and is tempted to start again, George faces his demons and Laurence is desperate to capture his honest reflection without using the airbrush of his imagination.

All are determined to please the formidable judges, who will be choosing their favourite two paintings while the public are invited to pick one. For the celebrities to be considered for the final, they’ll need to get at least one of their paintings up on the revered gallery wall. Who will be the first three artists to win a coveted place?