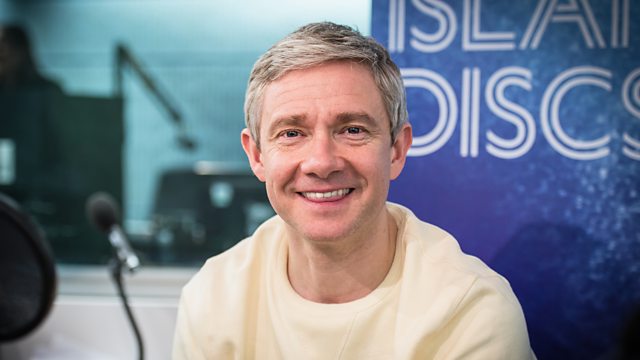 Martin Freeman, actor, shares the eight tracks, book and luxury he would take with him if cast away on a desert island. With Lauren Laverne

Martin Freeman is a multi-award winning actor, best known for his roles as the lovable Tim in BBC Two’s The Office and as Dr Watson to Benedict Cumberbatch’s Sherlock Holmes. He also played Bilbo Baggins in Peter Jackson’s Hobbit trilogy, Lester Nygaard in the US drama series Fargo and Everett K Ross in the film Black Panther.

Born in Hampshire in 1971, he grew up in Teddington in south-west London. The youngest of five children, he was just 10 when his father died of a heart attack. As a teenager, he played competitive squash, making the national squad, until he realised he lacked the necessary killer instinct required and switched to youth theatre.

He studied at the Central School of Speech and Drama and left in his third year to work at the National Theatre, playing minor roles. He first reached a wider audience when he was cast as Tim in The Office, which was broadcast from 2001 to 2003 and became the first British sitcom to win a Golden Globe. More screen roles followed, including playing Arthur Dent in the film of The Hitchhiker's Guide to the Galaxy. In 2010 he first appeared as Dr Watson opposite Benedict Cumberbatch’s Sherlock and went on to win both a BAFTA and an Emmy as Best Supporting Actor. He has continued to work in films, TV and on stage.

He appeared in Sherlock with his ex-partner Amanda Abbington. They have two children.