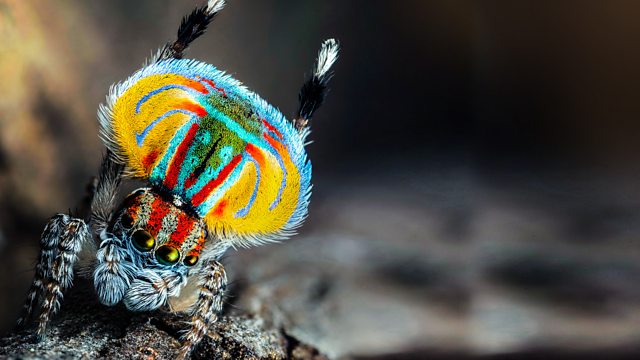 An exploration of Australia’s mesmerising wildlife and how they have adapted to survive in the human environment, including a dancing peacock spider in a suburban garden.

Despite Australia’s relatively small population, the human impact on wildlife has been dramatic. This episode explores Australia’s natural history success stories and those being left behind as the continent undergoes rapid change.

Starting in Australia’s second largest city Melbourne, this film sees how possums, tree-dwelling marsupials, have taken to sharing trees in busy city parks. They are breeding successfully but when pressure from the neighbours becomes too great, they risk encounters with heavy traffic and domestic cats in order to find shelter in rooves and garden sheds. Meanwhile, the cold-blooded inhabitants of Brisbane’s parks are demonstrating evolution in overdrive. In a timescale of roughly 150 years, as the city has risen around them, eastern water dragons have become metropolitan dragons - genetically different and twice the size of their wild cousins. Without trees to climb their limbs are getting longer and claws shorter. A suburban garden is the stage for a flamboyant spider the size of a grain of rice. He taps out a colourful and rhythmic display for his suitor who will choose whether he will become her meal or her mate.

Far beyond the bustle of the city, dingoes eek out an existence in the inhospitable environment of a desert goldmine, while yellowtail grunters present the extraordinary spectacle of fish crossing a road. And with climate change and deforestation a growing and major threat one farmer is on a mission to save koalas on his land that are quite literally dying of thirst.

See all clips from Human (2)