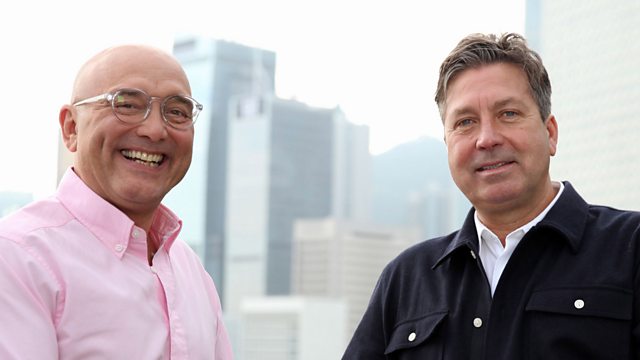 The final four amateur cooks embark on a culinary adventure of a lifetime in Hong Kong, where they will face three extraordinary challenges.

Finals Week continues on MasterChef 2019. Over the past six weeks the country’s most promising amateur cooks have been whittled down to the best four. All of them have just one goal: to lift the coveted MasterChef Champion trophy.

The final four talented amateur cooks embark on a culinary adventure of a lifetime in Hong Kong, where they will face three extraordinary challenges that they will remember for the rest of their lives.

The first challenge takes place at Lung King Heen, the first Cantonese restaurant in the world to be awarded three Michelin stars, where the final four will have to master one of Hong Kong’s most ancient food traditions - dim sum. Each contestant is tasked with recreating one of the dim sum on the restaurants menu to serve to specially invited diners. To help the finalists make sense of this ancient cuisine they will be mentored by the restaurants Executive Chef, Chef Chan Yan Tak.

Next, the amateurs have the honour of working with Chef Vicky Lau at her Michelin star restaurant Tate Dining Room. A rising star on the Hong Kong culinary map, Vicky took the food scene by storm earning a Michelin star just a year after she opened the restaurant in 2013. Two years later she was named Asia’s best female chef. Her menu uses the flavours and ingredients of her Chinese upbringing and combines them with French cooking techniques to create uniquely artistic fusion dishes.

The four contestants will be working during a busy lunch service at Tate Dining Room and are given three hours to each prepare and cook a dish from Vicky’s tasting menu. Vicky’s cooking is precise and her standards exacting, so there’s no room for error in such a high-pressure environment.

Finally, the finalists face the daunting challenge of creating an exceptional dinner at the five-star Kerry Hotel for mentors Chef Tak and Vicky Lau as well as some of the leading figures in Hong Kong’s food and cultural community. Inspired by their Hong Kong culinary adventure and showcasing the skills they have developed through their entire MasterChef journey; the finalist’s dishes must be truly exceptional for them to to stand out and prove they have what it takes to be crowned MasterChef Champion 2019. 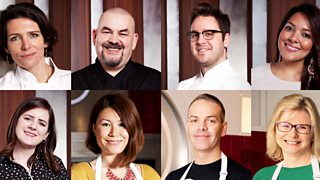 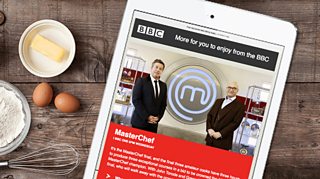