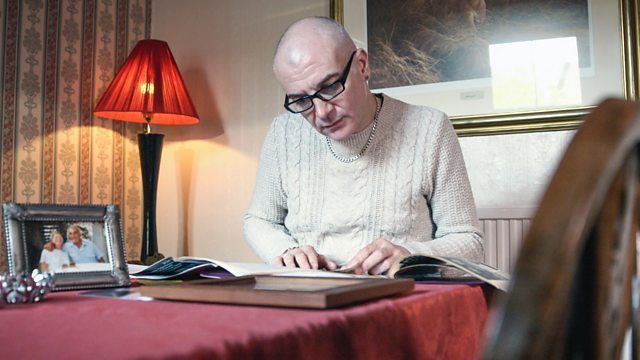 Murder, Mystery and My Family Series 2
Episode 2 of 10

The barristers reinvestigate the brutal killing of a young German woman at the hands of her mother-in-law in Hampstead in 1954.

Barristers Sasha Wass and Jeremy Dein reinvestigate the brutal killing of a young German woman at the hands of her Cypriot mother-in-law.

Hampstead, July 1954. In the middle of the night, Greek-Cypriot grandmother Styllou Christofi ran from the family home shouting 'Please come, fire burning, children sleeping.' A passing couple followed her to the back yard where they found the burnt body of a young woman, soon identified as mother of three Hella Christofis. Styllou quickly emerged as the prime suspect when a neighbour came forward claiming to have witnessed her attending to what he thought was a wax mannequin lying in a fire. A story soon emerged of a family dispute, fuelled by Styllou’s presence in the household, causing tension between her son Stavros and his wife Hella.

Now, 65 years later, Stavros's son, Toby Christofis, has concerns about how his immigrant grandmother was treated throughout the investigation and at trial. Along with Jeremy and Sasha, Toby explores conflicting witness accounts, the question of his grandmother’s mental health, cultural prejudices against her, and a language barrier that may have seen her wrongly convicted of murder.

Will Jeremy and Sasha agree that Styllou was the victim of a miscarriage of justice, and can Jeremy find new evidence to persuade a judge that she should have been saved from the gallows?